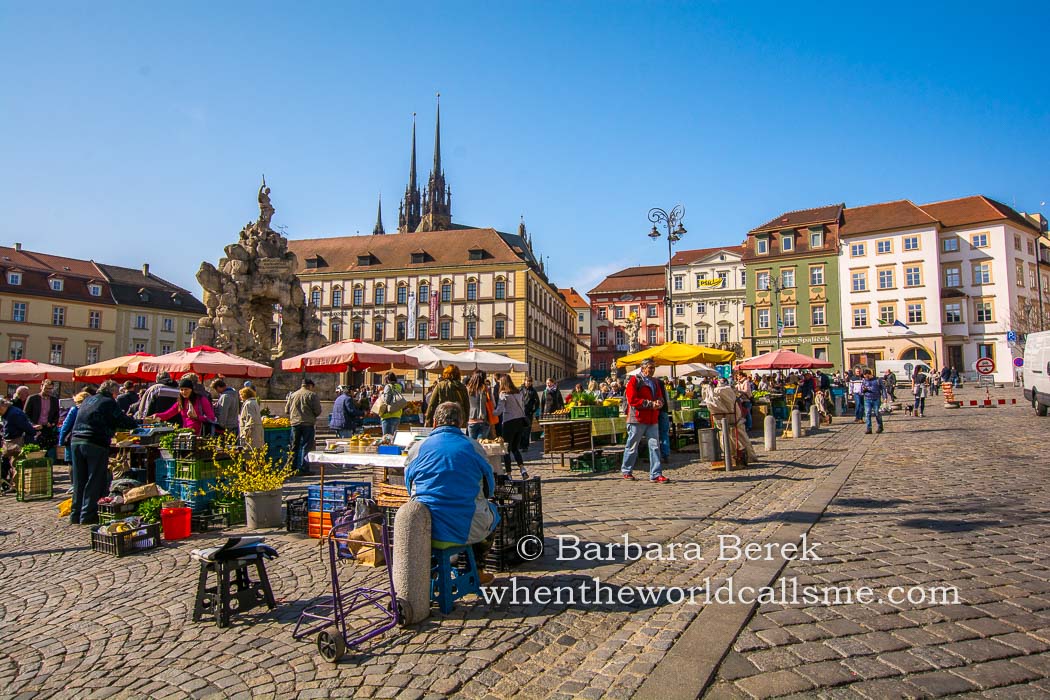 The oldest traces of settlement in this area come from the Bronze and Iron Age. Around the 5th and 7th centuries, a Slav stronghold was established, and later in the 11th century, Prince Bretislav I founded the castle, which later evolved into a medieval city surrounded by a system of fortifications. In 1243 Brno became a royal city.

In the 13th century, Prince Ottokar II began construction of the castle on the Špilberk hill, the seat of the Moravian margraves, which in the eighteenth century, the Habsburgs turned into a political prison.

Walking through the streets of the old town, you can not miss the Cabbage Market. The fruit and vegetable market, still serving its old function, has not changed its shape since the Middle Ages. Right next to it, at Radnicka Street, there is the Old Town Hall with a beautiful gothic portal and a Brno dragon guarding the entrance.

Brno, even though it is the second largest city in the Czech Republic and the capital of South Moravia, it seems to be a peaceful place free from the crowds, with architecture combining elements from medieval to modern times.