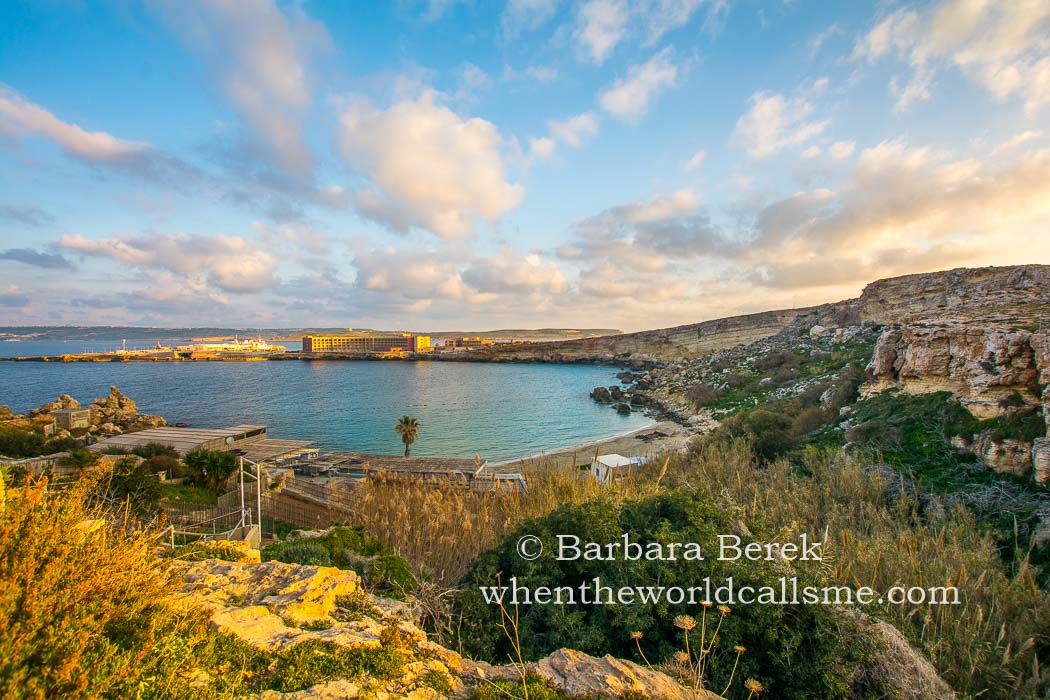 Malta together with Gozo, Comino and a few tiny islets form an archipelago of the Maltese Islands, located in the center of the Mediterranean, south of Sicily. It is also the name of a small island country (small although covering the entire archipelago 🙂), officialy known as the Republic of Malta.

The history of Malta’s colonization, its former inhabitants seems particularly interesting, because of the remains of megalithic temples, which are among the oldest stone buildings in Europe and in the world.

The earliest traces of human presence in Malta, like primitive pottery, tools and organic remains were discovered in Għar Dalam cave, dating to around 5400-5200 BC.

In the Ġgantija Phase, among others, Ħaġar Qim and Mnajdra Temples were constructed.

Cliff coasts, picturesque bays with beaches of different sand color and crystalline waters attract crowds of tourists to Malta. Although even in Malta winter time is still not quite favorable for sunbathing, but in February when the meadows are already blooming, ripe lemons and mandarins are hanging on tree branches, the longer and more sunny days allow for a peaceful tour of Maltese monuments.

Photographs of Maltese bays and cliffs

One thought on “Malta”