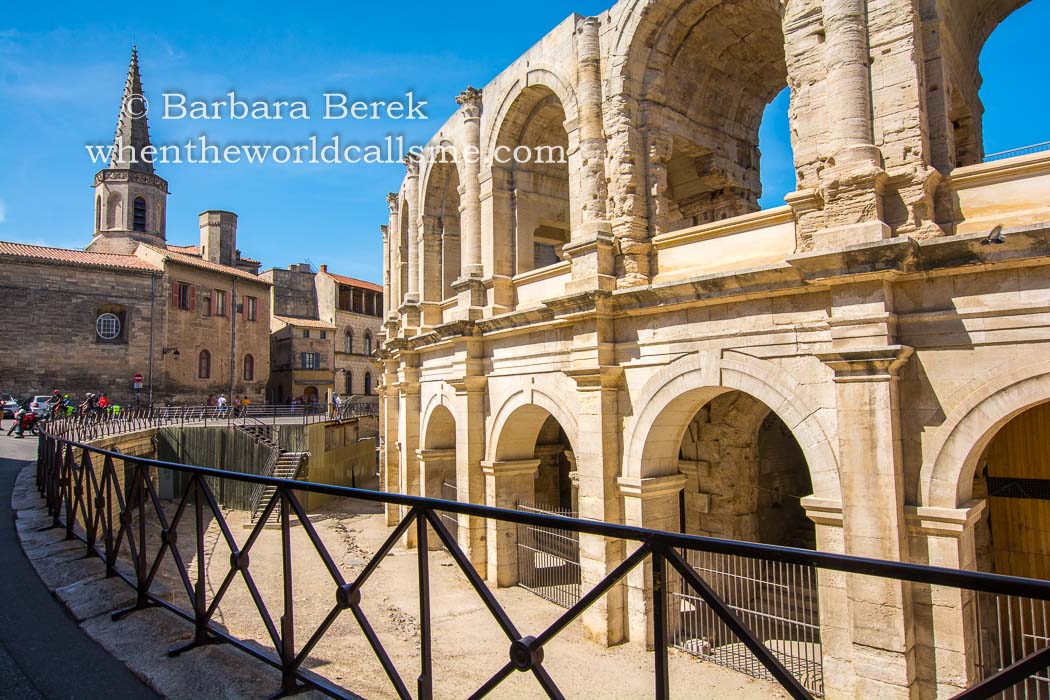 Arles is a charming Provencal city. Each tenement house is decorated with blue or gray shutters, simply everything seems to be in pastel colors and only changes its shades with the arrival of the evening, when it begins to gild in the rays of the setting sun. Even lavender souvenirs, especially in the form of teddy bears, give it even more charm.

Numerous ancient monuments of Arles undeniably indicate its long history. Archaeological discoveries confirmed the presence of Ligurians in these areas already around 800 BC.
The first recorded inhabitation in Arles, at that time called Theline, was by Greek-Phoenicians in the 6th century BC. The Romans took Theline in 123 BC and expanded it into a significant city.

In 102 BC, Gaius Marius started to construct the Fossae Marianae, a canal parallel to the river Rhône, that ran from Arelate (Roman Arles) to the Mediterranean Sea. In the I century AD, Julius Caesar used its shipyards to build warships in the fight against Massalia.

During the Roman pieriod Arelate through its trade as a commercial port, became a prosperous town of considerable importance in the province of Gallia Narbonensis, possessing a number of monuments, including an amphitheater, triumphal arch, theater, baths and a full circuit of walls.

In order to build the amphitheatre a part of the original city walls, dating back to the reign of Augustus, had to be removed. Traces od the above allowed to establish that the construction of amphitheatre took place in the I century AD. In the Middle Ages, the entire housing estate grew inside the amphitheater, the outer arcades were walled up, towers were added, and the amphitheater became a fortress. It was not until the XIX century that the project to clear the site and restore the Roman monument started. This meant the purchase of the houses built, both inside the building and onto the facade, and then their demolition. Over time, the amphitheater again began to serve as a stage for numerous performances.

One thought on “Provencal Arles – Roman monuments and lavender souvenirs”