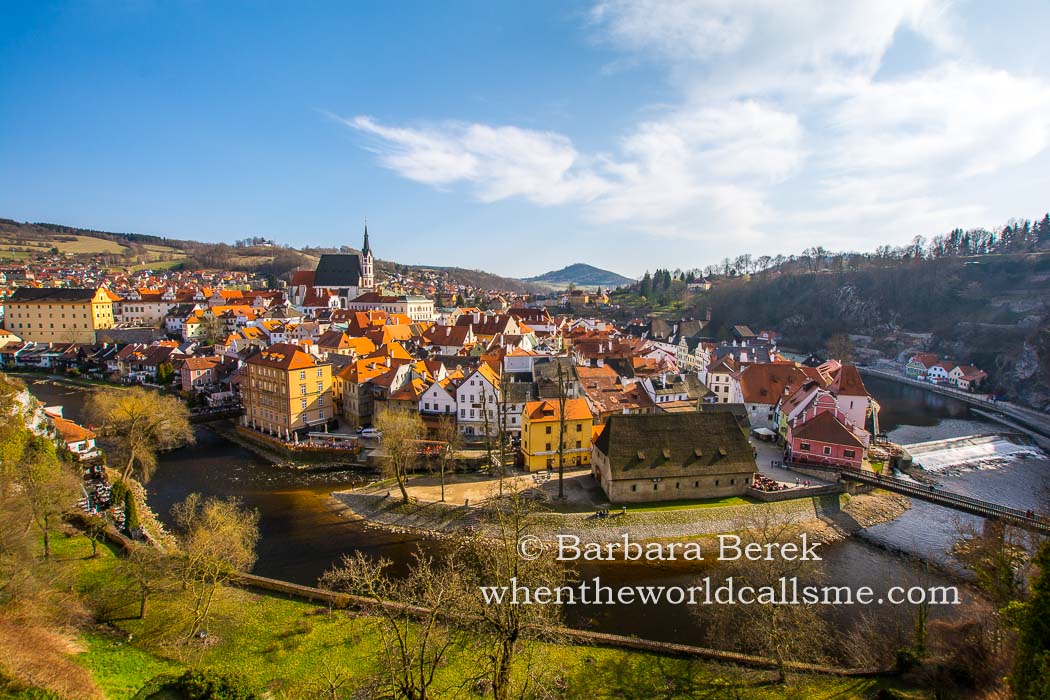 Český Krumlov is certainly one of the most picturesque cities in Europe, hence in 1992 its historic center was inscribed on the UNESCO list.It was founded on the banks of the Vltava River, winding in this place. Above the town there is a huge castle standing on a vertical rock which consists of several courtyards and has a colorful, eye-catching tower covered with frescos.

Archaeological research confirms the existence of settlement in this area already in the Bronze Age. The oldest written document about the existence of the city called “Chrumbenowe” comes from 1253.

The construction of the castle was started by the members of the Czech Vitkovice family. Both they and Rožmberk had a five-petal rose in the coat of arms, a symbol often associated with Český Krumlov. Rožmberków, remarkable hosts and patrons of culture, resided here from 1302 to 1602. During that time they expanded the castle and gave it a Renaissance character.

The tiny town impresses with its gentle charm, narrow, winding streets, tiny shops and cafes. It is an example of a small, medieval town in Central Europe, developing without interruption for five centuries, thanks to which it preserved its Renaissance and Baroque architecture.