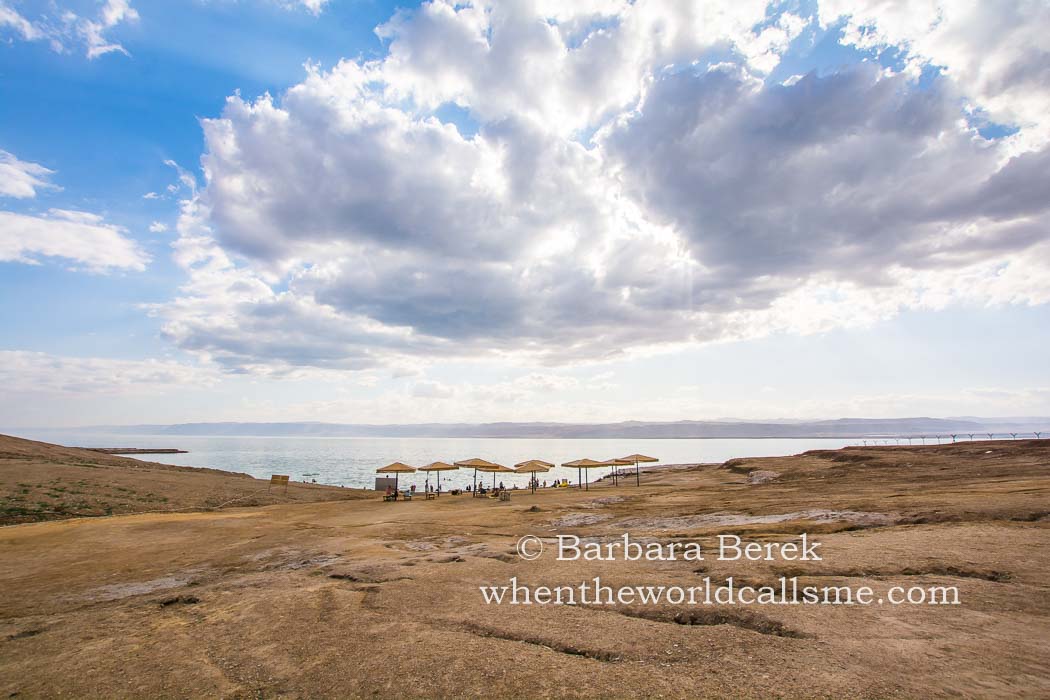 The Dead Sea is the lowest place on Earth. It lies in the Jordan Rift Valley (part of the Great Rift Valley), on the border between Israel, Palestine and Jordan. On both sides of the sea, which despite of its name is a salt drainage lake, rise high cliffs and mountains.

Still about 17,000 years ago, the Dead Sea, which had a much higher water level than today, was connected to the Lake Tiberias. Currently, its water level changes every day due to huge evaporation (up to 7-10 million tons of water per day). As of 2017, the water surface is 430.5 m above sea level, which is Earth’s lowest elevation on land. In the 20th century, the Dead Sea area has decreased almost doubled due to the excessive use of the Jordan River waters by Israel and Jordan. Significant evaporation results in the precipitation of huge amounts of salts and minerals, appreciated since antiquity because of their medicinal properties. Black mud rich in minerals and sulfur hot springs are used to treat numerous diseases.

In addition to all medicinal qualities, the mere attempt to swim in the Dead Sea is a huge attraction. Contrary to appearances, the water is not as warm as what might be expected. But once you get into the water, even without the ability to swim, you can easily float on water 🙂 , which seems to be denser and slippery. I have heard somewhere that you only need to be careful enough not to fall asleep and drift to the other side (after all, it is a border between countries 😀 ). However, even such entertainment has its drawbacks. Jordan’s strong sun can easily and suddenly cause numerous sunburns. And then a moment in very salty water is enough to make you run straight out into an icy shower (but runnig is impossible, so rather slowly crawl 😛 ), to get rid of salt and a terrible burning sensation. In any case, such an experience is never forgotten 😉 , so I would definitely recommend the beach with showers.

Photographs from the Dead Sea

One thought on “Dead Sea”