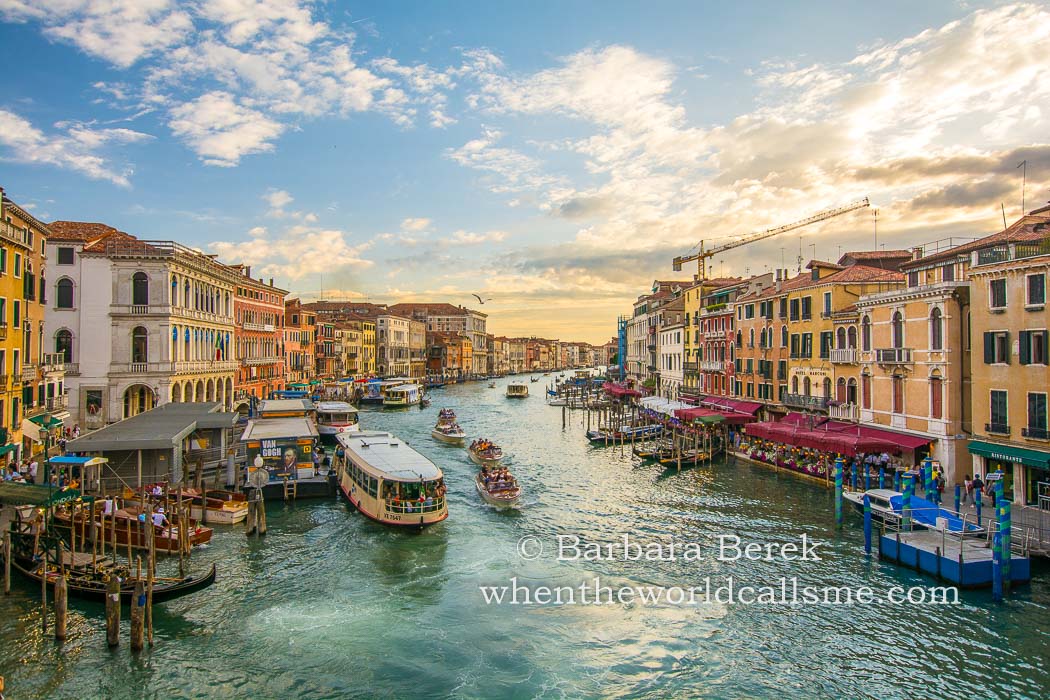 San Polo and Santa Croce lie in the bend of the Grand Canal. The largest palazzi stand along the Grand Canal. Now there are interesting museums. In 1097, in the San Polo sestiere there was created the largest market in the city. With time the sestiere became the main commercial district of Venice. Although there are no longer any stalls with oriental spices, expensive fabrics, silks or exotic food, there are many interesting shops and bazaars with groceries and souvenirs.

The Rialto Bridge was built across the narrowest part of the Grand Canal and connects San Marco and San Polo districts. It was the first bridge of Venice and the only one still in the 19th century, until the Ponte dell’Accademia was built in 1854.

At first it was a pontoon bridge, but the growing traffic to the Rialto market caused the need to build a permanent bridge. The first wooden structure was created in the middle of the 12th century. Over time, the sides of the bridge were built up with small shops. Unfortunately, because of the excessive weight, the bridge collapsed several times. This caused that the city authorities announced a competition for the construction of a new, stone bridge. Construction was completed in 1591. The bridge has one 48 meters long arch and is 7.5 meters high which allowed passage of galleys.
For centuries the Rialto Bridge has been one of the most crowded, but also the most charming places in Venice.