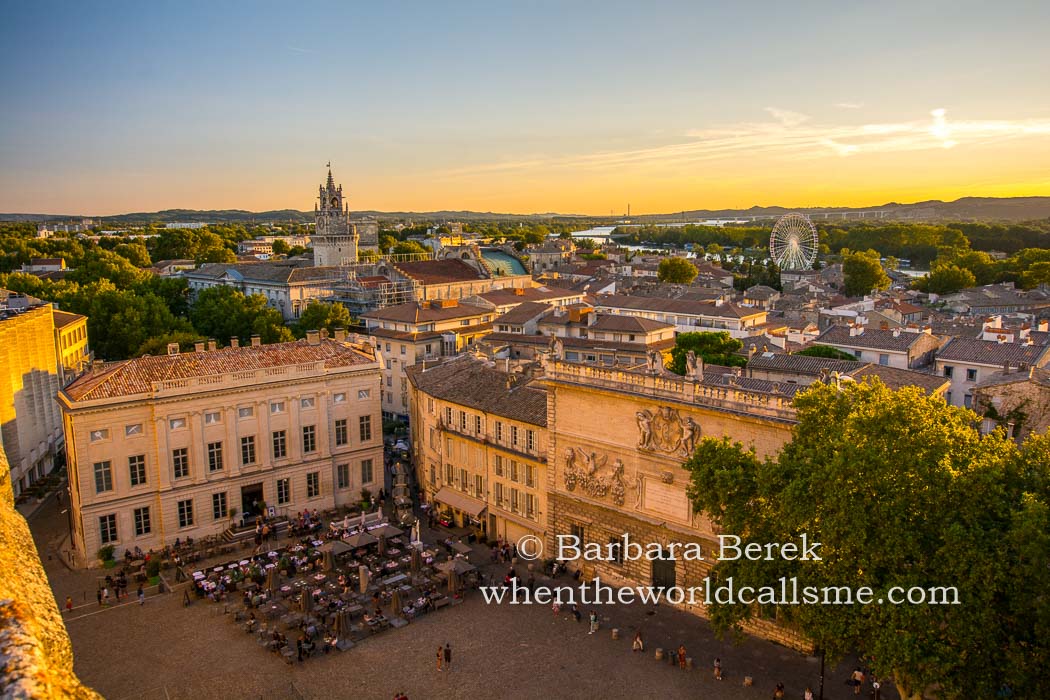 Avignon is located in the south of France, more precisely in Provence on the banks of the Rhone river.
The Ramparts, built by the popes between 1350-1368 are one of the finest medival fortifications in existence. Its historical value caused that in 1995 it was inscribed on the UNESCO World Heritage List.

Greeks and Romans in Provence

The name of the city was reported by the Greeks as Аὐενιὼν = Auenion (Stephen of Byzantium) and Άουεννίων = Aouennion (Ptolemy). It is originated in Celtic or Ligurian words and has two interpretations: “city of violent wind” or, more likely, “lord of the river”. The Roman name Avennĭo Cavarum accurately shows that Avignon, along with Cavaillon and Orange, was one of the three cities of the Celtic-Ligurian tribe of Cavares.

The Greek founders of Marseille built here around 539 BC a commercial river port (Greek Emporium). After conquering Marseilles by the Romans in 49 BC Avignon became a Roman city.

In the Middle Ages, the city was part of the Provence, independent of France. At that time, the Saint-Bénézet bridge, still existing today, was an important communication route. It was the only river crossing between the Comtat Venaissin, an enclave controlled by the Pope, and France proper under the authority of the kings of France.

The first bridge was built between 1177 and 1185, and was about 900 meters long (980 yd). It fell into a state of disrepair during the 17th century and by 1644 was missing four arches. Most of its structure was swept away during the flood in 1668. Nonetheless the Saint-Bénézet bridge is currently one of the most interesting monuments in the city.

The most important monument of the city, the Papal Palace recalls the times when Avignon was the seat of the popes. The fights of the parties in Rome caused that Pope Klemens V transfered the papal court to Avignon in 1309. His successors transformed the modest residence of the bishops into a heavily fortified, remarkable castle in the International Gothic style.

The restoration of the Papacy in Rome took place in 1377 and from then until the French Revolusion Avignon and the Comtat were papal possessions.

Photographs of Avignon and Papal Palace

One thought on “Avignon – Papal Palace, seat of popes behind medieval walls”