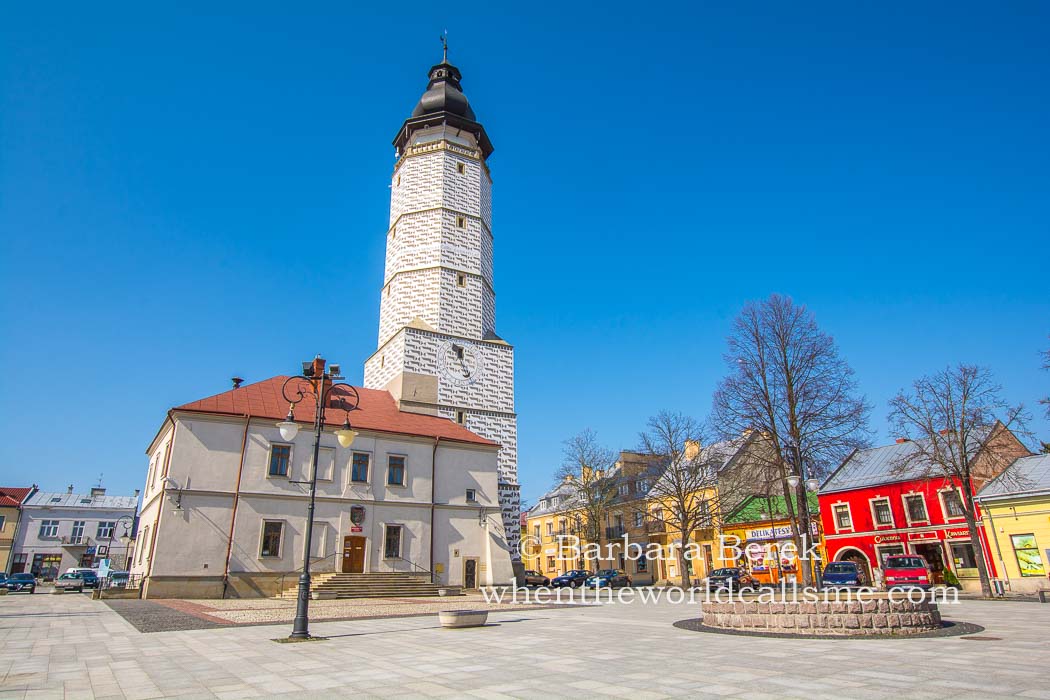 Lesser Poland as a historical land

Biecz is currently a small town located in the southern part of Poland in the Carpathian Foothills, within Lesser Poland as a historical land. The modern name of the town is a simplification of the original Biejecz. However, various forms of it appeared over the centuries, and the earliest in the 11th century in the documents of the Tyniec convent.

Biecz and its surroundings were inhabited as early as the Neolithic period and the Lusatian culture. In the 13th century, a castle was built near the current city center. The significance of the settlement is demonstrated by granting it town privileges (Magdeburg Law) in 1257 probably by Bolesław V the Chaste, confirmed in 1363 by Casimir the Great. The city was surrounded by a defensive wall. The first mention of the existence of the walls come from 1399, when King Władysław Jagiełło obliged the local population to repair the walls.

In 1306, Biejecz became a royal city. All three castles were royal residences. Thanks to the many privileges granted by the Piasts and the Jagiellonians, the city flourished. Biecz was among others the seat of the castellany. In the second half of the 14th century it also became the seat of the town court, land court and the Magdeburg law court (next to Cracow and Nowy Sącz).

Favorable conditions for the city’s development resulted also from the location at the intersection of trade routes.The wine trade route from Hungary meant that one of the most important goods was Hungarian wine. King Casimir the Great allowed the construction of two cellars for wine. Over time, Biecz obtained the storage right (the staple right) for Hungarian wine. The wine trade peak took place in the 16th and 17th centuries.

Crafts in Biecz also developed very dynamically. 34 professions were mentioned in the oldest court register from 1388-1398. In 1421, King Władysław Jagiełło allowed the construction of a grindery in Biecz on the Ropa River with the obligation to deliver 10 knives a year to the royal kitchen. Well-developed crafts included cloth making and linen. In the 15th and the first half of the 16th century, Biecz was in second place in Poland (after Brzeziny) in terms of cloth production and later canvas.

The end of the splendor of Biecz

Biecz unfortunately began to decline from the mid-seventeenth century. The Swedish Deluge, as well as plagues and fires, caused the desolation. After the plague in 1721, 30 people remained in the city. The entire craft collapsed.

The complete end of the city’s splendor came with the first partition of Poland. Biecz was part of the Austrian partition. At that time the district of Biecki and the magistrate’s court was liquidated, the city lost the status of a royal city.

The recovery took place only in the interwar period after Poland regained its independence. At that time, Museum of the Biecz Land was created.

Today, the town surprises newcomers. A beautiful town hall from 1450 with a high tower or fragments of defensive walls with towers simply amaze. What happened to such an important city, after which only traces of its former glory were left…

Photographs of Biecz in Lesser Poland