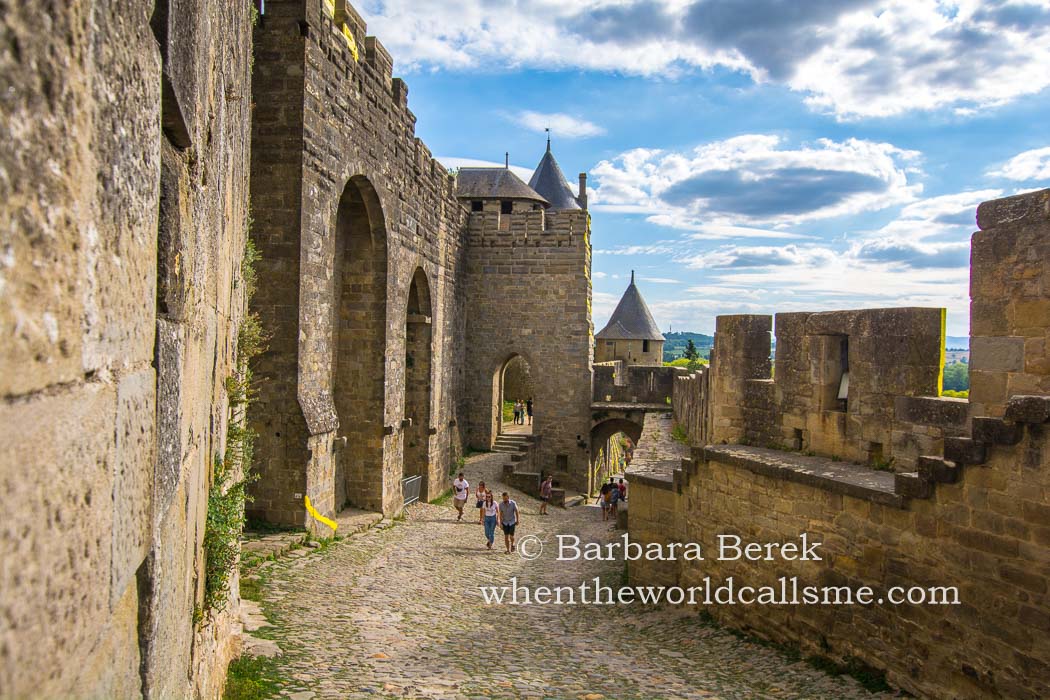 The first historical traces in the Carcassonne region date from the 8th century BC. At that time it was a Celtic village (oppidum) surrounded by a shaft and located about 2 km from the modern city on the steep banks of the Aude River. Two centuries later, the inhabitants moved to the place of today’s Cité (Upper Town), and the modestly fortified city was called Carcasso.

Shortly after the Romans established the province of Gallia Narbonensis, around 100 BC. in Carcassonne, Gallo-Roman fortifications were created, and later it became the capital of the colony Julia Carsaco (later Carcasum). The main part of the northern defensive walls with characteristic red brick layers comes from the 4th century, from the times of the Roman Empire.

The city flourished in the twelfth century under the rule of the powerful Trencavel family. They built the Basilica of Saint Nazaire and the castle (Château Comtal) on the top of the hill inside the city. Over time, Gallo-Roman walls were completely surrounded by new twelfth century ones with bastions, and expanded until the fourteenth century.

The military significance of Carcassonne disappeared after the Peace of the Pyrenees, also called Treaty Of The Pyrenees of 1659, which caused the annexation of Roussillon by France and the shift of the Franco-Spanish border to the south. Over time, the fortifications began to fall into disrepair.

It the 19th century, due to the poor codition of the fortified Cité of Carcassonne the French government decided that it should be demolished. It provoked the beginning of the campaign to preserve the fortress as a historical monument. Shortly after, a long renovation of the Cité began. Thanks to this monumental reconstruction work of Eugène Viollet-le-Duc’s, we can today admire the unique medieval fortifications.

The view of the city from the shore of the Aude river is unforgettable, huge defensive walls, castle and the whole atmosphere of the place gives the impression of almost traveling in time.