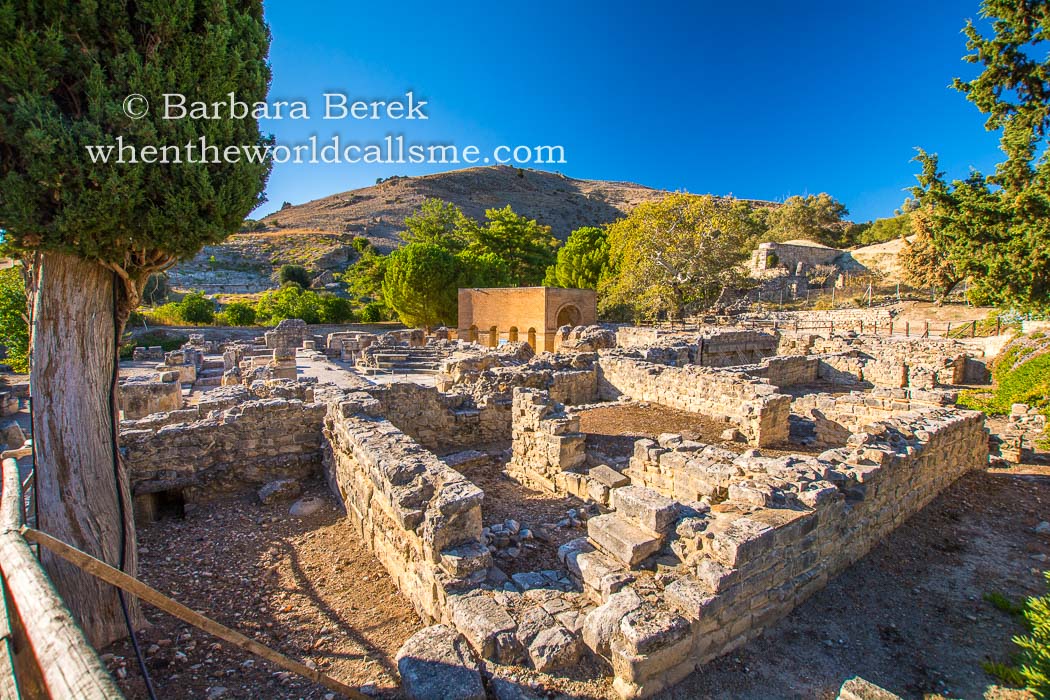 Ruins of the ancient Gortyn

Gortyn (or Gortyna) is located in the middle of the fertile Messara plain, a strategic area inhabited since the Neolithic period. The remains of a villa from the Minoan period were found in Kannia. However, Gortyn flourished only just in the Archaic period (7th-6th c. BC), while the Dorians who had taken over the island of Crete were establishing their city-states. The city’s earliest agora was organised on the site of the later Odeon. Fortifications were built in the 7th century BC.

A second agora was created later in the Hellenistic period in the area of the temple of Pythian Apollo. Today, its ruins are overgrown by an old olive grove.

The Gortyn code, inscriptions from V c. BC testifying to the influence exercised by Gortyn on other Cretan cities, is displayed on the walls of Odeon. The Code presents, among others legal position of slaves of that time. The regulations it contains indicate better position of women than in other Greek poleis (these are the remains of an earlier system, when the inheritance was in the female line).

The Roman capital of the province of Crete

In the Hellenistic period (3rd-1st c. BC) Gortyna defeated Phaistos and brought the entire plain of Messara under its control. When in 69 BC the Romans conquered Crete, Gortyn became the capital of the joint provinces of Creta et Cyrenaica. From the Roman period come the ruins of the Basilica of St. Titus from the 6th century, then the most important church on Crete. St. Titus the apostle founded the first Christian church on Crete at Gortyna. The letter to Titus from the New Testament was addressed to him, the first bishop of Crete.

The city was destroyed by the Saracens, Arab invaders, in the early 9th c. AD and has remained uninhabited ever since.

Although the ruins of ancient Gortyna are as interesting as the ruins of Minoan palaces, it is definitely less visited. A completely calm hot summer evening allows for lonely, almost relaxing wandering in the shade of olive trees 🙂 , in search of partially excavated ruins of the old city.