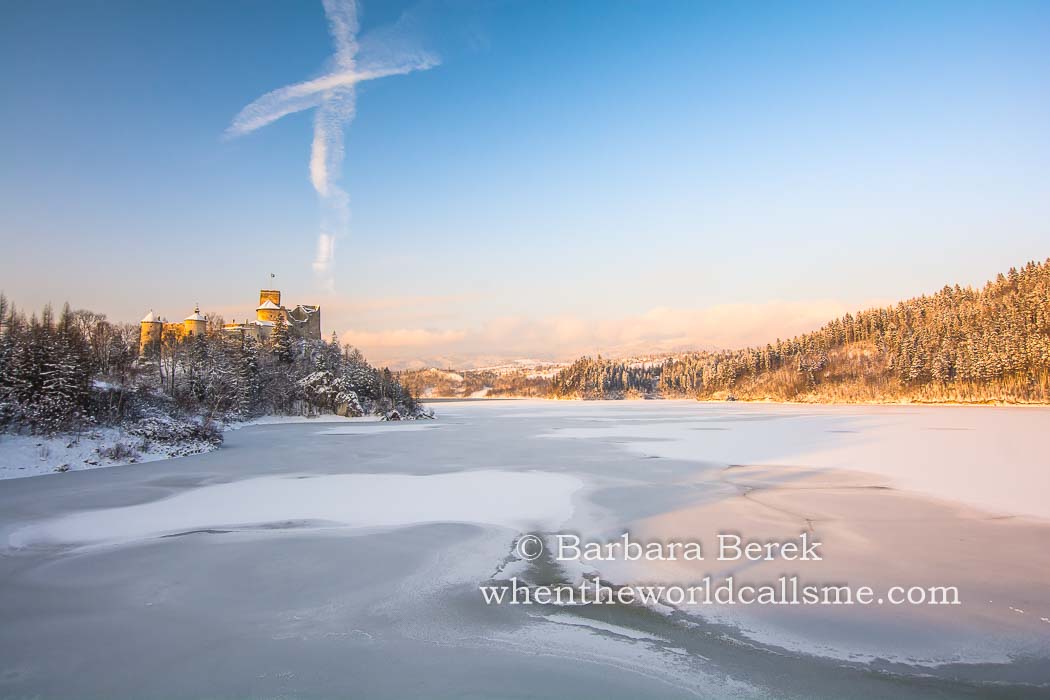 Dunajec – border between Poland and Hungary

Standing on the dam in Niedzica, looking at Lake Czorsztyn and the surrounding hills with two castles, Niedzica Castle and Czorsztyn Castle, today it is difficult to imagine the local landscape before the dam was built. The more surprising is the thought that it was in this place that the Dunajec was the border between two once mighty kingdoms, between Poland and Hungary.

And it was the presence of the border that made 2 castles erected so close to each other, each guarding its kingdom. The ruins of the Czorsztyn Castle are today high on the rock, about 50 m above the surface of Lake Czorsztyn (originally about 95 m above the valley bottom).

The first stronghold in this place was built in the 13th century as a wooden and earth watchtower. It was probably founded by the wife of prince Bolesław V the Chaste, Saint Kinga. Located in a bend of the river and extended over the following centuries, the stronghold (Czorsztyn Castle, probably then called Wronin), not only guarded the border, but also controlled the Via Magna trade route leading from Krakow to Buda, the capital of Hungary.

The Dunajec Castle was founded on the other side of the river as a counterweight to the Polish stronghold of Wronin, initially also in the form of a wooden watchtower. It was first mentioned in a document from 1325 as the property of the Berzevicz family.

In the 15th century, the property belonging to the Niedzica Castle extended to the entire Zamagurie Spiš region. After 1470, the castle became the property of the Spiš Župan, Emeryk Zápolya, grandfather of the future Queen of Poland, Barbara, the first wife of Sigismund I the Old. The importance of this Hungarian family is also evidenced by the fact that the grandson of Emeryk’s brother, John Zápolya, the leader of the anti-Habsburg party in Hungary, became the king of Hungary in 1526.

In gratitude for his support in the fight for the throne, John Zápolya gave the Spiš Župa region (Spiš County) along with Niedzica to Hieronim Łaski in 1528. 60 years later, Olbracht Łaski, known for his riotous life and squandering his fortune, sold the castle to Jerzy of the Croatian Horváth family. It was then that the Niedzica Castle was rebuilt and transformed into a magnificent Renaissance residence.

Dunajec Castle within the borders of Poland

After World War I, in 1920, the Niedzica Castle and the surrounding villages became part of Poland. Its owners were then the Hungarian Solomons. The last owner left the castle in 1943 during World War II and the German occupation.

After World War II, the castle became the property of the Polish State. Soon after, there was a project to create a dam on the Dunajec River and this is how Lake Czorsztyn was created.

Niedzica Castle in the movie

In the post-war years, the Dunajec Castle appeared in many TV productions, including in 1955, when Zemsta was filmed here based on the comedy by Aleksander Fredro, and later also in series such as Janosik or Holidays with Ghosts. 🙂

Photographies of the castle