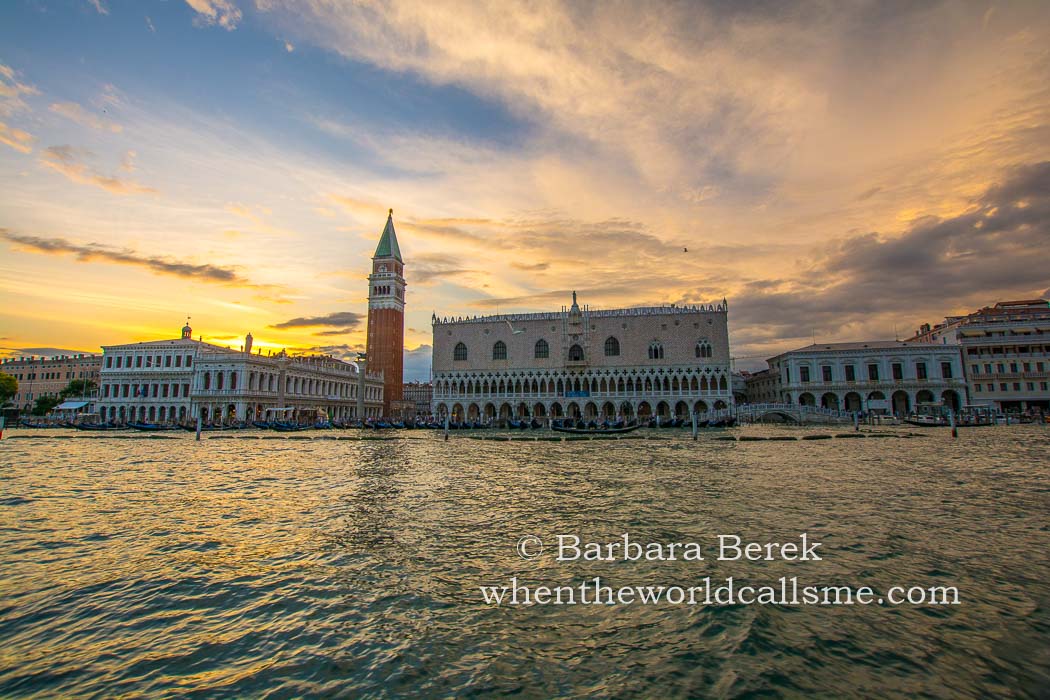 Venice is located in the Veneto region, once inhabited by the Euganei, a Proto-Italic ethnic group. Around 950 BC they were conquered by the Veneti, probably of the Illyrian origin. In 238 BC the Veneti established the peace with Rome against the Gauls. During the Second Punic War, they were again allied with the Romans. Over time they seem to have voluntarily and gradually adopted the Latin language, Roman city planning, architecture, and even religion. Under Augustus Venetic territories were organized as the tenth region (Regio X) of Roman Italy, called ‘Venetia et Histria‘.

From the 5th century, the Veneto region was systematically looted and burned by the Visigoths, later Huns and Longobards. Escaping from the invaders, the people of Veneto took refuge in the wild islands of the muddy lagoon, eventually creating Venice far from the ruins of the Roman empire.

Founding of the city

According to tradition, the date of founding of the city is assumed to be the date of consecration of the first church dedicated to San Giacomo on the island of Rialto in 421. On the other hand, the first historically confirmed doge was the Orso Ipato, who ruled in the first half of the 8th century, and on this basis, it is assumed that year 726 is the beginning of Venice’s history. Initially city, dependent on Byzantium, gained independence in 815. In 828, the Venetian merchants stole from Alexandria in Egypt relics of St. Mark the Evangelist. From that moment St. Mark became the new patron of the city.

Draining the islands of a mud lagoon

Venice was built on 118 flat islands, from the 9th century the inhabitants started draining the islands by digging a network of canals. Dug out soil was used to raise the ground level. Former Venetian builders have developed a technique of strengthening the ground with thick piles driven into the bottom of the lagoon. Additionally, by placing layers of stone on them, they were creating waterproof foundations for the buildings.

The Venetian Republic – Serenissima – with an elected dodge

The power of the Venetian Republic, with the elected dodge, was growing until the 13th century, when it ruled the area of northern Italy and the east coast of the Mediterranean Sea (including, among others, Crete and Cyprus). Venice gained the name Serenissima – ‘The Most Serene’. In the 15th century, Serenissima had exclusive rights to trade in the Mediterranean.

Attacks of the Ottoman Turks

The increasing power of Ottoman Turks became the main problem of Venice’s foreign policy for several centuries and was one of the main reasons for the decline of its glory. In the second half of the 15th century, the Ottoman Empire began to develop a strong war fleet, which allowed the Turks to attack the island properties of the Republic. Nevertheless, the Republic still resisted the Ottoman power, becoming one of the barriers defending the West against Turkish invasion.

In June 1570, the Turkish army invaded and occupied Cyprus. At the request of Pope Pius V in May 1571 the Holy League was formed (with the participation of the Papal States, Spain, Venice, Genoa, Savoy and the Knights of Malta). The combined fleet on October 7, 1571, defeated the Turkish fleet in the great battle of Lepanto. This victory became the beginning of the dusk of the Turkish naval power.

Dusk of the Venetian Republic

Geographical discoveries in the 15th and 16th centuries and the development of contacts with the New World caused a change in the layout of trade routes. Venice lost its dominance, although it remained the richest Mediterranean country. The end of the Venetian Republic came with Napoleon‘s takeover of the city in 1797, which he then ceded to its allied Austria. Later the population of Venice participated in the Italian revolutionary movements against the foreign powers. In 1866 the city joined the newly formed Kingdom of Italy.

Today Venice is a unique place, a city that lives on the water. Morning deliveries on boats, then transported on special trolleys, fire brigade boats, water trams, just gray reality which can catch your attention. However, the most beautiful are the canals, decorated with the beauty of architecture and shimmering in the sun or gloomy, in which the color of the water changes every day, from dark sea blue to turquoise. 🙂

Every day, crowds of tourists come to Venice. During one of my trips, I literally dropped by for a few hours, but then the dream of spending at least a week in the heart of this beautiful city came back. Now that my dream has finally come true, I definitely recommend to stay, and preferably a few day in any of the Sestiere. You can reach everywhere on foot and experience a different, evening or morning Venice without the crowds 🙂