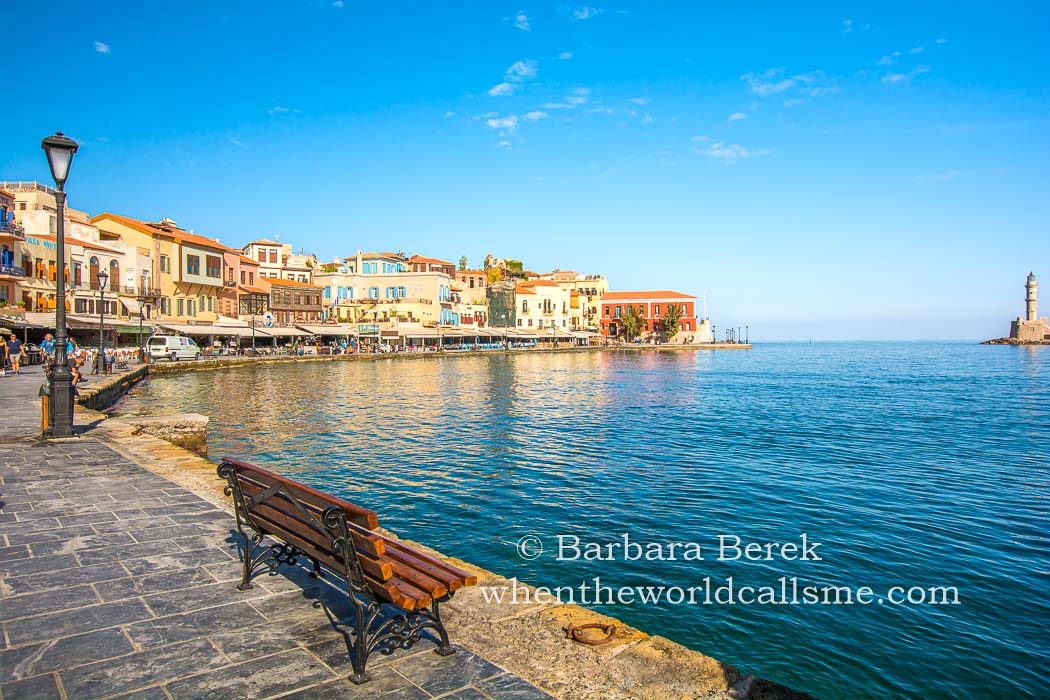 Chania, located between the emerald waters of the Mediterranean Sea and the White Mountains (Lefka Ori), is one of the most beautiful and captivating cities of Crete. Once there was a Minoan settlement called Kydonia (quince). Its fragments were discovered during excavations carried out in the Kastelli district on the hill behind the harbor.

In the Classical Greece Kydonia reemerged as an important city-state (important enough for Homer to mention it in Odyssey). After the conquest of Crete by the Romans in 69 BC Kydonia was privileged by giving her the status of an independent city-state and, e.g. retained the right to mint her own coins.

In later times, when Byzantium regained the city, its name was changed to the one currently used – Chania. Byzantines began to fortify the city to prevent another Arab invasion. Venetians, after the acquisition of Crete, continued strengthening and expanding fortifications of Chania (then called La Canea), giving it a still visible shape. After the fall of Constantinople in 1453, many Christian priests, monks or artists found shelter in Crete. Chania, like the rest of Crete, flourished, becoming a mixture of Greek, Byzantine and Venetian culture. At that time, many of the most important buildings were built.

During the Cretan War in 1645-1669, the Venetian defensive walls did not save the city from the Ottoman Turks. And when Heraklion fell after many years of persevering defense, Crete came under Ottoman rule.

World War II also did not spare the city, during German invasion and occupation, part of Chania was bombed.

Chania – the most beautiful city of Crete

Despite many still visible war-damaged buildings, Chania attracts visitors with Venetian architecture and a beautiful harbor with a lighthouse. Particularly nice it becomes after dark, when restaurants are filling up, and the streets of the old town decorated with various goods, souvenirs and flowers become even more colorful. 🙂