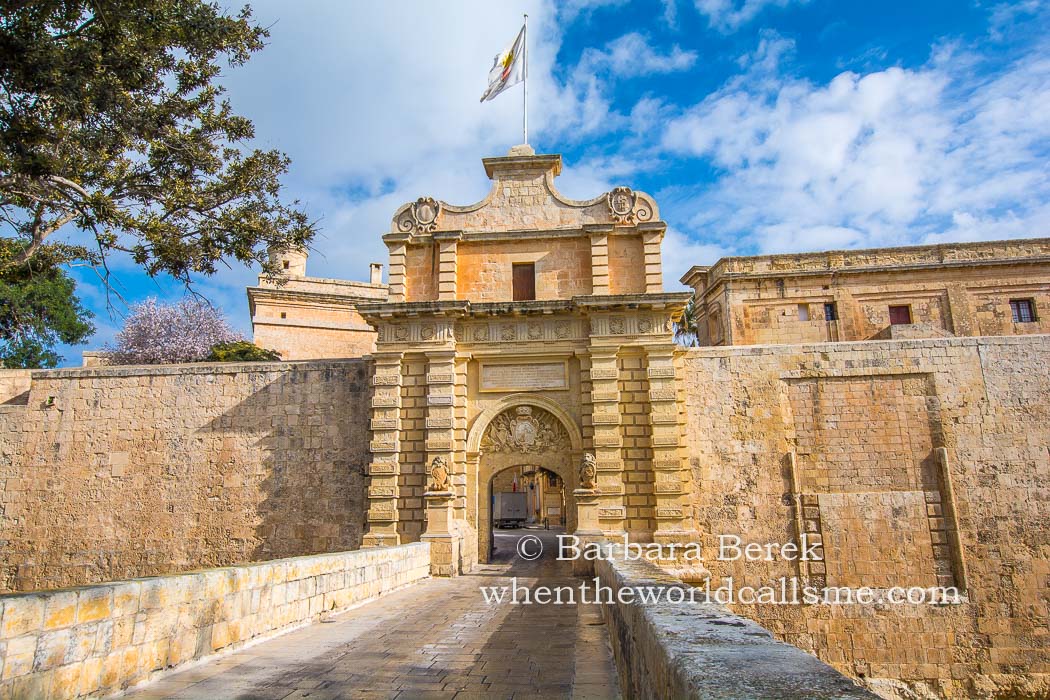 Mdina – the former capital of Malta

Mdina is a fortified city located almost in the middle of the Malta island. Today, often called the Silent City, until the arrival of the Knights Hospitallers it was the bustling capital of Malta.

Phoenician roots and the Roman Melita

Although the plateau on which Mdina is built has been inhabited since prehistoric times, the history of the city begins with Phoenicians who colonized Malta around the 8th century BC. They founded the city called Maleth, which was taken over along with the entire island of Malta by the Romans in 218 BC and called (like the whole island) – Melita. Roman Melita grew to a size three times larger than today’s Mdina, extending far into the area of present Rabat.

Saint Paul the Apostle on Malta

In 60 AD, a ship carrying St. Paul the Apostle crashed off the coast of Malta. According to tradition St. Paul spent three months in Malta living in a grotto next to which the church was later built (today’s church of St. Paul in Rabat). Preaching the word of God the Apostle brought Christianity to Malta. According to tradition, he cured the sick father of the the governor of Melite, Publius, who converted to Christianity and became the first bishop of Malta and later the bishop of Athens.

With time, internal walls were built within Melita and the city area was reduced to its present size. Although it was traditionally assumed that it happened during the reign of the Arabs in Malta, most likely these walls were built in the Byzantine times around the 8th century due to the growing threat from the Arab invaders.

In 870 Byzantine Melita was finally besieged by the Arabs, and although the defense lasted probably from a few weeks to several months, the city fell and was completely destroyed, and the inhabitants were massacred. Populated by the Muslim community and completely rebuilt, Melita again changed its name, this time to Medina. Despite attempts to regain Malta undertaken by Byzantium, the city finally surrendered to Roger I of Sicily after a short siege in 1091. With time, Malta was incorporated into the Kingdom of Sicily.

Arrival of the Knights of Malta

When in 1530 the knights of the Order of Hospitallers of St. John arrived on Malta, the Maltese nobles ceremoniously handed over the keys of Mdina to the Grand Master. However the Order settled in Birgu and Mdina after many many centuries lost its status as the capital city of Malta. The knights, taking care of the defense of the island, around 1540 and later in the 17th century, upgraded the defensive walls of Mdina.

In 1693, Mdina with its Norman buildings suffered severe damage during the powerful earthquake that affected Sicily and Malta. It gave an impulse for the restoration and renovation of the city in the Baroque style. The Cathedral of St. Paul was rebuilt, a new city gate was also created.

The combination of Norman and Baroque styles gave Mdina a unique character. It is best to explore the city by wandering its alleys and narrow streets, while looking for interesting architectural details, such as door knockers with often really interesting shapes.

Located on a hill, the fortified city, the former capital of Malta, visible from a distance of many kilometers, looks dignified and a little fairy-tale 🙂 , reminding the newcomers of the long and changing history of Malta.

If interested, I invite you also to my Youtube channel. Here is a short video presenting Mdina.

Photographs of Mdina and Rabat