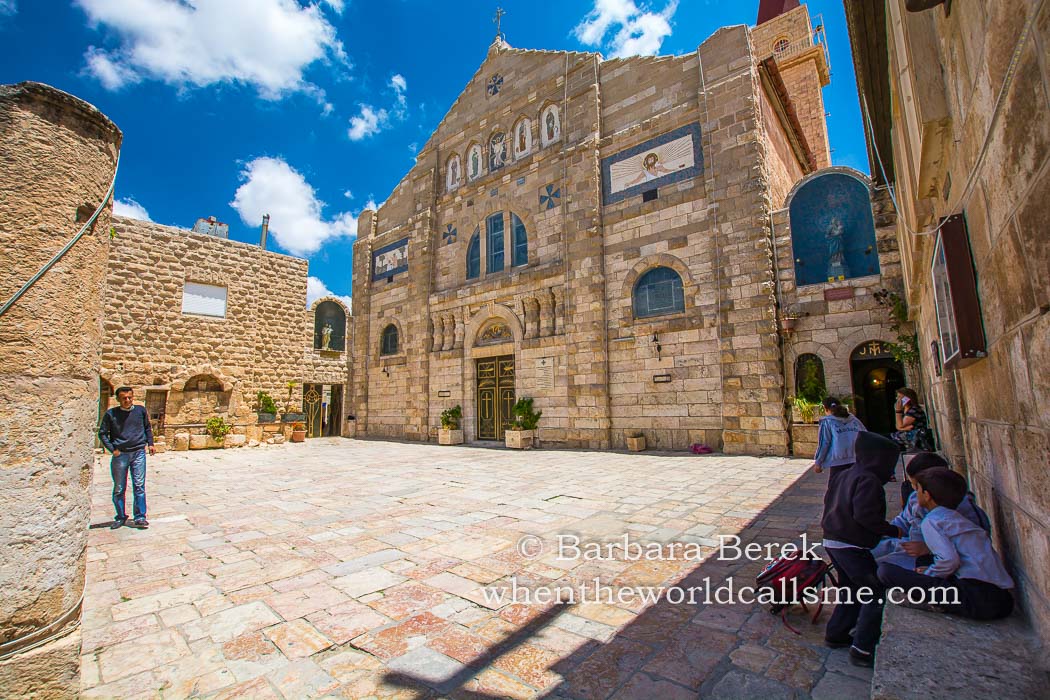 Madaba developed and enriched under the rule of Byzantium, between 332 to 635. Numerous churches and mansions of its rich inhabitants were adorned with exquisite mosaics. Then, as today thanks to archaeological discoveries, Madaba gained the nickname of the mosaic capital of the Levant, second only to Antioch.

Christianity began to develop in Madaba under the Roman rule. However, many churches were built during the reign of the Byzantine emperor Justinian. Thanks to the preserved mosaics, we can almost peek into the window of the past and get a glimpse of the political, religious, but also everyday life in Madaba in its Byzantine golden era.

Archaeological excavations in Madaba revealed a fragment of a paved Roman road, the main axis of the city, running from east to west (Decumanus) and leading to the city gates. The excavations uncovered also the ruins of buildings along it (basically mainly the remains of floors and mosaics). These are the Church of the Holy Martyrs, the Church of the Virgin Mary built on an older Roman mansion, called the Hippolytus Hall or the so-called Burnt Palace (probably destroyed by the earthquake in 747). Following in their footsteps, we move to Madaba from the 6th century.

What remains of the Church of the Holy Martyrs, dating back to the first half of the 6th century, is not only a unique floor mosaic, but also fragments of columns and capitals from older Roman buildings, later reused in the construction of the church. The floor mosaic shows numerous hunting scenes for birds, but also for wild beasts. Elephants, lions, zebras, camels and a whole range of genre scenes, completely different from modern reality.

The Church of the Virgin Mary, with its unique circular nave, was built on a 6th-century mansion, known as the Hippolytus Hall due to the mosaics discovered in it. This mansion, in turn, was built on an earlier building, a Roman temple on a circular plan.

However, by far the most famous floor mosaic is the so-called Madaba Map, showing the map of the Middle East during the Byzantine period. Madaba Mosaic Map is currently in the church of St. George. It was funded by the faithful of Madaba (at that time the capital of the diocese) between 542 and 570 AD and is now the oldest representation of the Holy Land.

Madaba, part of the Holy Land

By the end of the 19th century, many Christian families from Karak were re-settling in the deserted Madaba, building their houses on ancient ruins. Thus, today many of ancient mosaics are simply found in modern houses.

In 2009, during his visit to Jordan, Pope Benedict XVI officially announced that Madaba is part of the Christian pilgrimage route as well as the Holy Land.

If you are interested, I also invite you to visit my YouTube channel. And here is a short film Jordan – In the Footsteps of Christianity.