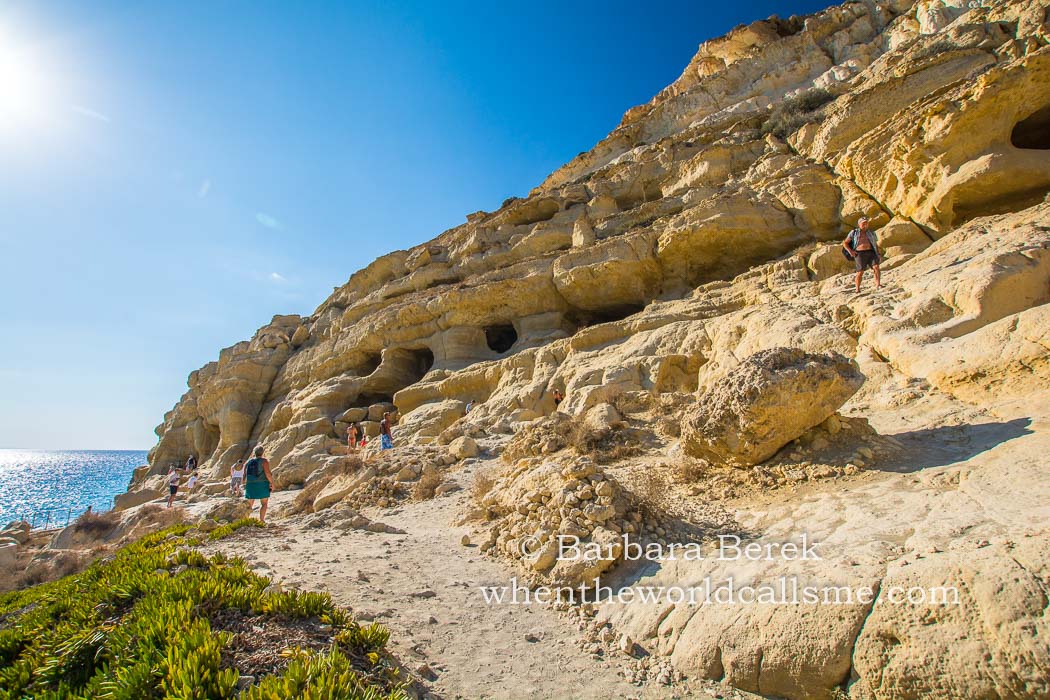 Matala, which is now mainly a tourist resort with a beautiful beach, was a small fishing village until the middle of the 20th century. Still, its past is definitely more interesting. In the Minoan period Matala was the port of Phaistos. And later in Hellenistic and Roman times, it was the port of Gortyn. According to Homer, it was here that the ship of Menelaus crashed while returning from Troy.

However, the most characteristic here are the sandstone cliffs above the beach with caves visible from a distance. In Roman times, the dead were buried in them, later they were used by the first Christians.

Matala and its surroundings with many beautiful sandy beaches attract crowds of holidaymakers. One of them hides the ruins of the Minoan town of Kommos. It was probably the main port of Phaistos, once alongside Knossos, one of the most important Minoan towns in Crete.

Photographs of Matala and the surrounding area