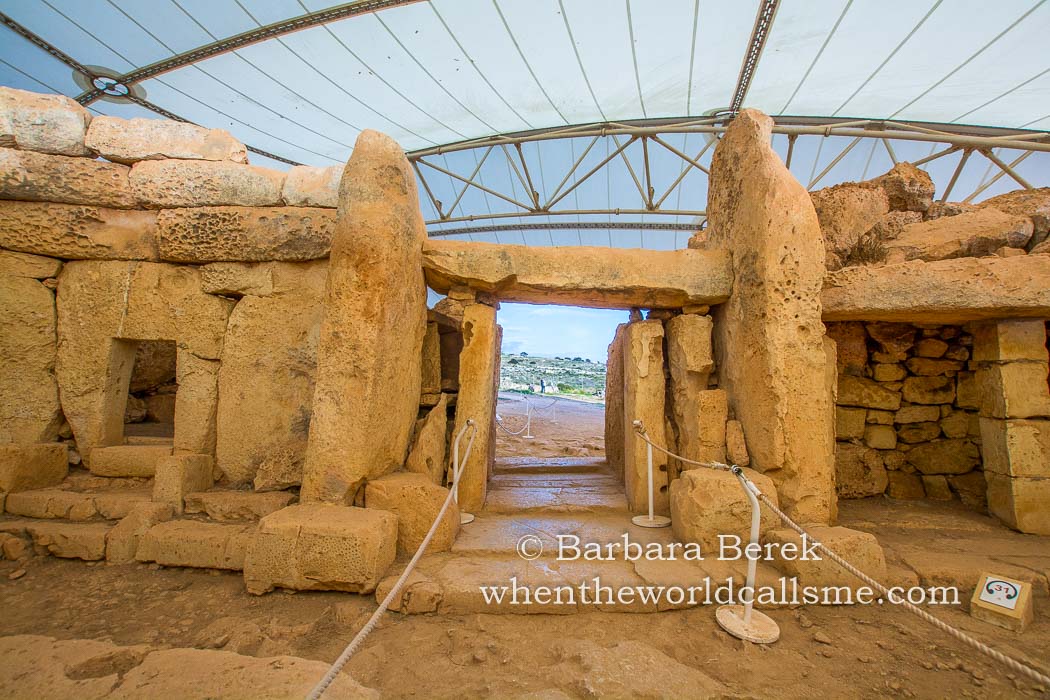 Mnajdra Temple is located on the slope below a hilltop, in a natural hollow, almost on the very edge of the island, perfectly blending into the surroundings. The views themselves are simply delightful, peaceful and almost idyllic. All the more let you take a break from the hustle and bustle and immerse yourself in the past of this piece of the world and our civilization.

The Mnajdra megalithic temples consist of three separate buildings with a common cobbled forecourt. Various remains found around the temples indicate that the site may have been originally much larger than what has survived to our times. Although the South Temple was constructed in the Ġgantija Phase (3600-3000 BC), pottery from earlier phases, Żebbuġ and Mġarr, indicate that the area was in use also before the Temple Period.

Other finds from Mnajdra Temples indicate, just like in Ħaġar Qim, that the people who built them possessed considerable knowledge and interest in astronomy. It seems that the South Temple was built to mark the sunrise on the Equinoxes and Solstices. At sunrise on the Spring and Autumn Equinox, the sun’s rays pass exactly through the center of the entrance to the temple. At sunrise on the first day of winter (Winter Solstice) the sun’s rays illuminate the edge of a large decorated slab, on the right side of the entrance to the inner apses. While, on the first day of summer (Summer Solstice) at sunrise, a symmetrical slab on the left side of the entrance to the same apses is illuminated. However, it is not clear how the construction of such a massive temple was planned to include all these calculations.

As in Hagar Qim, walking around the excavation site, we begin to admire the skills of temple builders. Megalithic temples, even though they are only a shadow of their former glory, remaining in place for millennia, proudly confirm the resourcefulness and skills of prehistoric society.