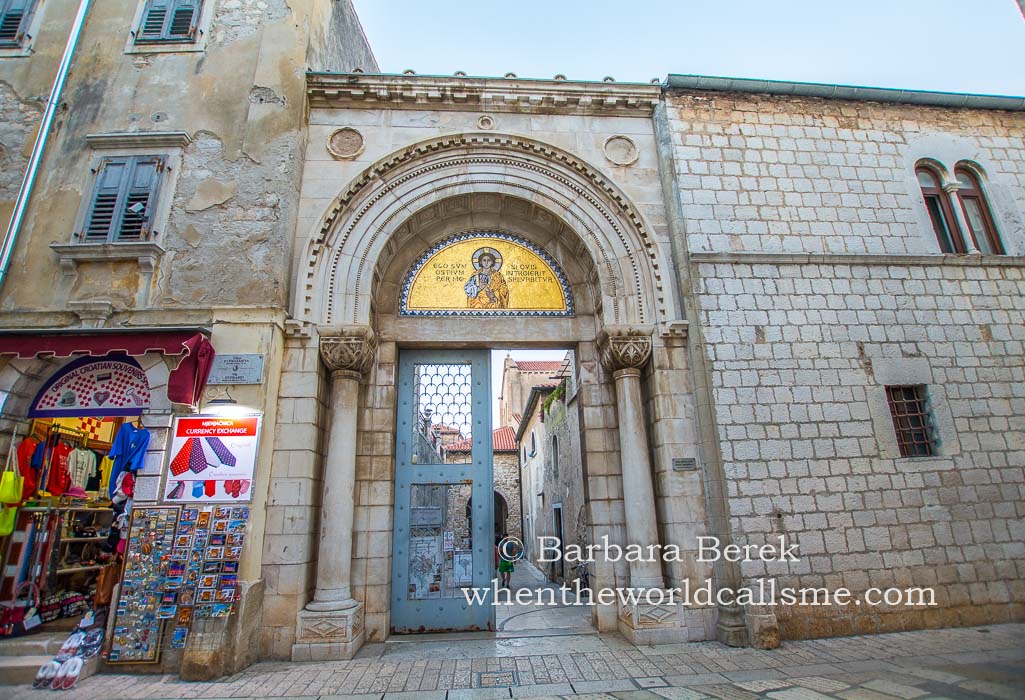 Poreč is a city located on the Istrian peninsula in western Croatia, in the area inhabited since prehistoric times.

Parentium, an ancient settlement in the vicinity of modern-day Poreč was probably founded by the Illyrians in the 5th century BC. In 177 BC Illyrian settlement was conquered by the Romans. Roman legionaries erected a castrum (fortified Roman camp) on a small peninsula, where the center of Poreč is currently located. In the first half of the 1st century BC Parentium obtained the status of a Roman colony Colonia Iulia Parentium, inhabited by Roman citizens.

The Christian community of Parentium had its bishop as early as in the 4th century. At that time, the first basilica, the oratory of St. Maurus was erected on the northern edge of town. However, after the Goth invasion, Parentium declined considerably. In 539, the city came under the rule of the Byzantine Empire. At that time, in the years 539-553, during the administration of Bishop Euphrasius, suffragan of the Patriarch of Aquileia, a magnificent basilica was built on the foundations of the oratory of St. Maurus.

Over the centuries, the basilica was rebuilt many times. In spite of that a three-nave basilica and bishop’s palace from the 6th century, a baptistery from the 5th century, and even original floor mosaics from the oratory of St. Maurus have retained. While the apse of the basilica is decorated with beautiful mosaics on a golden background from the 15th century. Because the basilica, a masterpiece of Byzantine architecture, have preserved so many elements from the 6th century, it is called Eufrasiana (Euphrasian Basilica). In 1997 it was inscribed on the UNESCO World Cultural Heritage List.

In 788, the city came under the rule of the Franks, who in the 12th century handed it over to the patriarchs of Aquileia. In 1267, Parenzo was the first Istrian city that voluntarily became part of the Republic of Venice and remained so for the next 5 centuries. Many buildings, palaces and squares in Venetian Gothic style were built at that time. After the fall of the Venetian Republic, Parenzo came under the Habsburg rule. However, in 1918, after the end of World War I and the fall of the Habsburg Monarchy, Parenzo became part of the Kingdom of Italy.

During World War II it was severely bombed, and 75% of the buildings were destroyed. After the war, Parenzo was seized by the Yugoslavs and its name was changed to Poreč. The Italian population left the city.

Despite all these turbulence, Poreč has a lot of Italian charm. 🙂 Among the ruins and empty places left of the no longer existing, probably beautiful tenements, we can find many Venetian details, reminding of the former splendor of this now quite small coastal town.