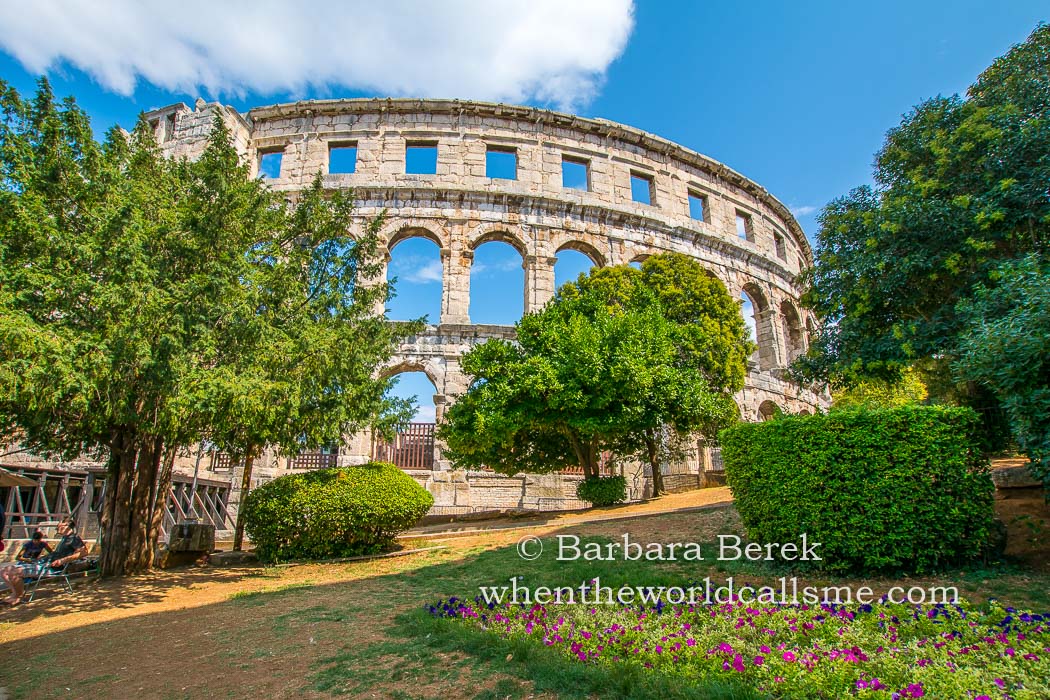 Istria and its former inhabitants – Illyrians

Pula associated with ancient monuments, and above all with the Roman amphitheater, like many other Istrian cities, was founded by the Illyrians several centuries before the advent of the Romans.

The vicinity of Pula was constantly inhabited in the Palaeolithic (the finds from the Šandalja cave date back a million years ago), while Pula was founded as a stronghold on a hill (gradine) in the place where Kaštel is located today. However, during the Illyrian period, it stayed in the shadow of the nearby Nesactium, the main Illyrian center as well as the center of the entire region.

When in 177 BC The Romans conquered Istria, Pola became a Roman port. In the second half of the 1st century BC Pola already functioned not only as an important Roman military base, but also as a commercial port and an emporium. In 45 BC the city obtained the status of a Roman colony. Due to the rapid development of the city, its population soon increased to around 30 thousand residents.

In the civil war following Caesar’s murder in 42 BC Pola sided with Brutus and Cassius. As a result, after Octavian’s victory, the city was demolished by the troops of the victorious triumvirs of Octavian, Mark Antony and Lepidus. However, soon (by the will of Octavian’s daughter Julia) Pola was rebuilt and from then on it was called Colonia Pietas Iulia Pola Pollentia Herculanea. This colony was part of the “Venetia et Histria” region of the Roman Empire.

Pola (Pula) were surrounded by defensive walls with as many as 12 city gates, of which 3 have survived: the Arch of the Sergians, the Double Gate and the Gate of Hercules.

Roman monuments that have survived to our times come from that period. Amphitheater, built between 27 BC and 68 AD, acquired its final shape after an expansion completed around 80 AD during the reign of Emperor Vespasian. At the same time, the construction of the Colosseum in Rome was completed. 🙂

Another outstanding Roman monument is a temple dedicated to the emperor himself, built before 14 AD during the reign of Emperor Augustus. The Temple of Augustus once stood on the Roman forum. Although small (17 by 6 meters) is definitely impressive, it luckily survived to our times. 🙂 In its portico there are 6 smooth columns with Corinthian capitals.

In 476, Pola was destroyed by the Ostrogoths. After their brief rule, in 540 the city (like the rest of Istria) came under the rule of the Byzantine Empire. Pola blossomed again. The Church of Santa Maria Formosa comes from that period (from the 6th century). Although it looks tiny today, originally it was the chapel of a much larger basilica.

The main port of the Austrian Navy

In 1331 Pola came under the rule of Venice. Multiple attacks by the Genoese, Hungarians and Habsburgs as well as numerous epidemics (e.g. malaria) meant that in the 17th century Pola was inhabited by only about 300 people. The town did not develop again until 1856, when Pola became the main port of the Austrian Navy.

During World War II, Pola was occupied by German armed forces, which led to Allied bombing raids. After the war, like most of Istria, it found itself within the borders of Yugoslavia, and its official name was changed to Pula (today both Pola and Pula are used).