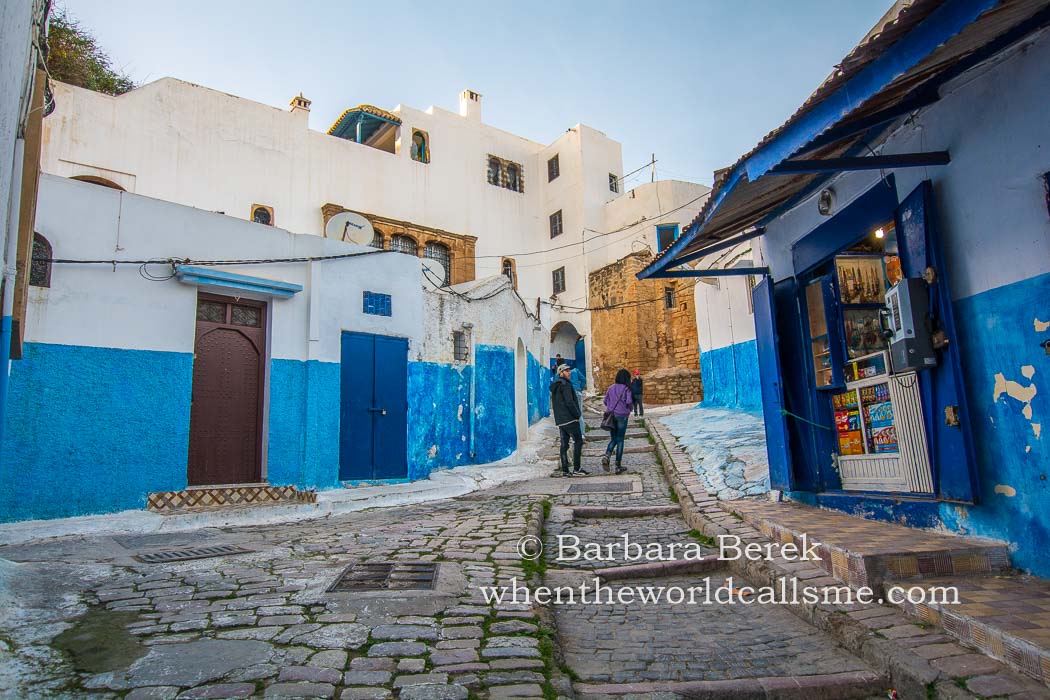 Rabat, modern capital of the Kingdom of Morocco is a city that has retained a lot of provincial charm. It is located at the mouth of the Wadi Bu Rakrak River. However, the first settlers in this area were probably Phoenicians. They founded here one of their trading colonies, a seaport and an emporium called Shalat. Later, the Romans built their own city nearby, known as Sala Colonia. It was referred to as Sala by the Roman historian Ptolemy.

Sala Colonia and Lixus were the most important naval outposts on the Atlantic coast of the Roman province of Mauretania Tingitana. Also one of the most important Roman roads in Mauretania, leading to the Atlantic Ocean, passed through Sala Colonia. Another led south to Anfa (now Casablanca). From the 2nd century Sala was a center of Christianity. After the fall of the Roman Empire until the arrival of the Muslim Arabs in 7th century, Sala Colonia was still inhabited by Christianized Berbers.

In the tenth century, the Umayyads of Cordoba or their allies from the Berber tribe Zenata built a ribat (fortified monastery or stronghold) at the mouth of the Wadi Bu Rakrak River to defend themselves against the Barghawata Berbers who had established the state in the south. The ribat was probably in the same place as the current Kasbah of the Udayas, but its location has not yet been confirmed by historians.

In the mid-twelfth century, the Berber Almoravids, who were ruling the Maghreb at that time, were overthrown by the Berber Almohads. The remains of the ancient city of Sala Colonia were used as a royal burial ground, a sacred necropolis (chellah).

In 1146, the Almohad ruler Abd al-Mu’min, transformed the ribat into a fortress, which henceforth served as a base for attacks on the Iberian Peninsula. It was also a port of Berber pirates who in 1627 united with neighbouring Salé (the most important port on the Moroccan coast in the 16th and early 17th centuries) and even created their own Republic. Pirates from Rabat attacked ships until the beginning of the 19th century.

At the beginning of the 20th century, the French moved the capital of Morocco from Fez to Rabat. After Morocco regained independence in 1955, the king of Morocco Muhammad V left the capital of his kingdom in Rabat.

Today, the most interesting monuments of Rabat are scattered throughout the city. Next to the mausoleum of Muhammad V is the Hassan Tower, the minaret towering among the ruins of the 12th-century Hassan Mosque. It was never completed but it was intended to be the largest mosque in the world.

However, my attention was probably attracted most by the Kasbah of the Udayas, neighboring with the old medina of Rabat. Its white and blue, charming streets 🙂 can enchant almost every tourist, although you have to admit that Kasbah is very neglected. Like the Hassan Tower, the Kasbah of the Udayas has been inscribed on the UNESCO list.