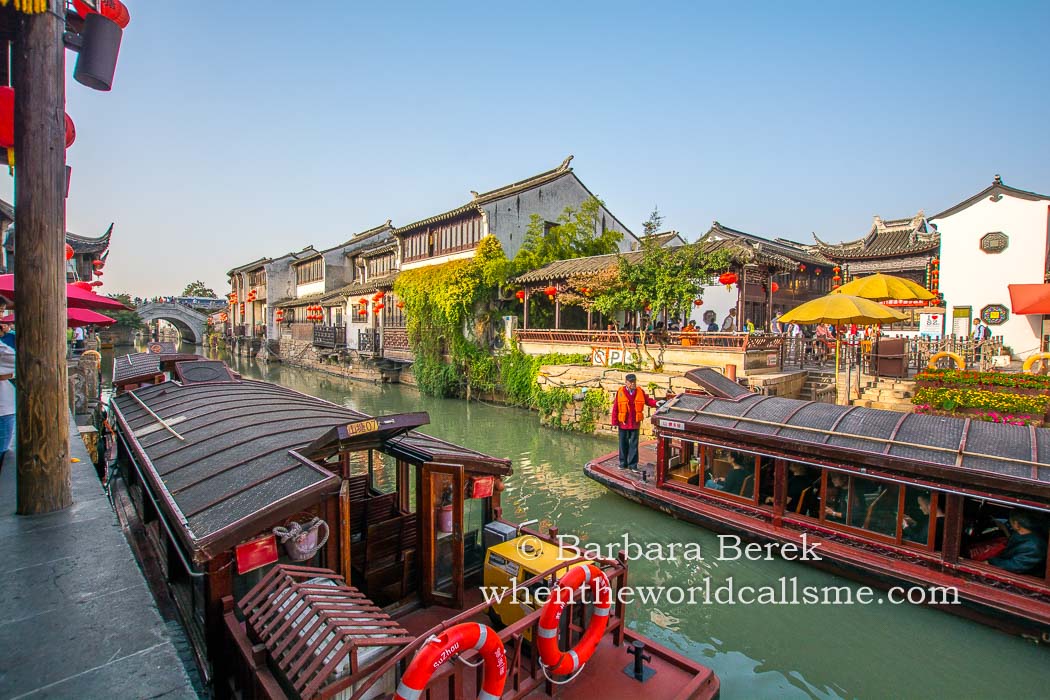 Suzhou is a city with a unique charm crossed by a network of canals, cobbled streets with stone bridges, magnificent gardens, whitewashed houses and red lanterns. Its history dates back to the 6th century BC when the first canal was built here. However, it was the construction of the Grand Canal that brought wealth to the city, especially due to the silk trade, a valuable commodity exported to the north.

The Grand Canal, UNESCO World Heritage Site, is the longest as well as the oldest, man-made waterway in the world. It stretches from Beijing to Hangzhou and its total length is about 1,770 km. Its construction began in 486 BC, but its subsequent sections were created for over 1000 years. However, it wasn’t until the 13th century that the Grand Canal reached Beijing. It crosses two great Asian rivers, the Yellow River and the Yangtze River, and thanks to the trade exchange it enabled, numerous cities grew and enriched.

During the Ming Dynasty, Suzhou flourished, attracting many merchants as well as scholars and artists. They built elegant gardens, which today are a huge attraction of the city, once called by the great explorer Marco Polo, the Venice of the East.