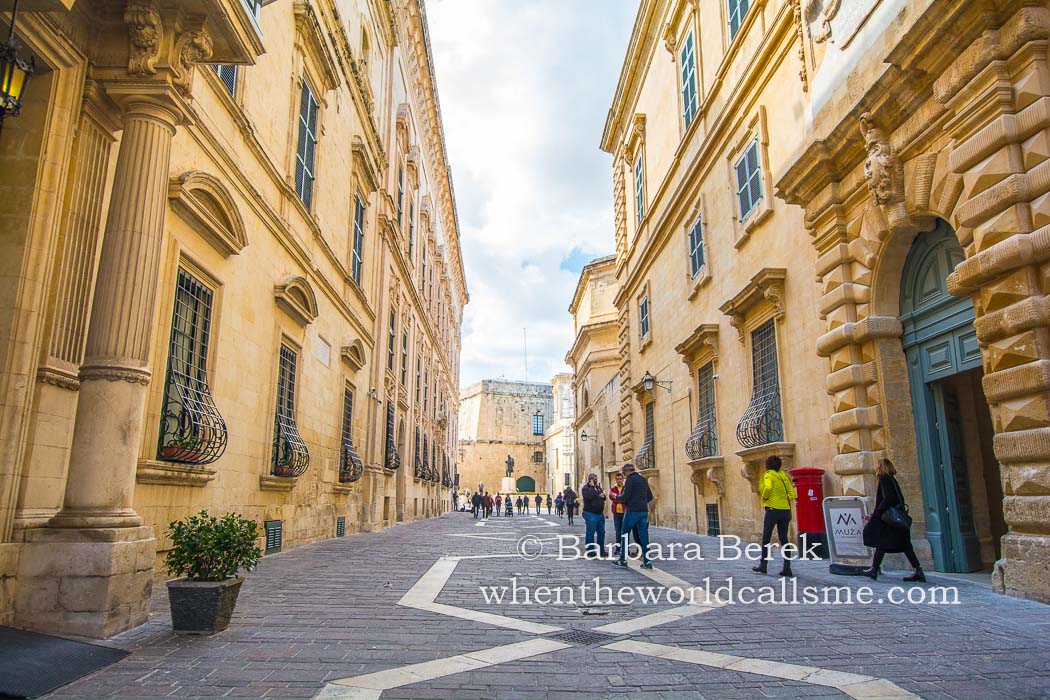 Valletta and its monuments

Strolling around Valletta, you can easily find all the most important monuments of great historical importance.

Co-Cathedral of Saint John the Baptist

The most important church of Malta, Co-Cathedral of Saint John the Baptist was completed in 1577. The interior of the temple, as well as its facade, was to be simple and modestly decorated. However, in the 17th century, Grand Master Raphael Cotoner commissioned the decoration of the church to Mattia Preti, who transformed his interior into a pearl of Baroque art. The vault was decorated with a series of frescoes depicting scenes from the life of Saint John the Baptist. Each element of the cathedral is filled with decorations, and their wealth is simply stunning.

By 1580, the construction of seven auberges (the seats of knights of individual provinces of the Order) was completed, five of them have survived to this day. The distinctive Auberge de Castille (for the Spanish language knights) was significantly rebuilt in the Baroque style in the 18th century. The Grandmaster’s Palace was created between 1571 and 1574.

In order to meet the obligation of the Order to serve the sick, Grand Master Jean de la Cassière ordered to built the Holy Infirmary (Sacra Infermeria) in Valletta. It was opened in 1575. Innovative solutions and treatments were used, for example food was served on silver (antibacterial) plates. The main hall could accommodate up to 600 patients and is still one of the largest in Europe, although the hospital rebuilt after war damage no longer fulfills its original function.

To provide knights with “fair entertainment”, Manoel Theater was created in just 10 months in 1731, entirely financed by Grand Master Antonio Manoel de Vilhena. The theater is currently one of the oldest (still used) in Europe and in the world.

This list of monuments is definitely longer, especially since Valletta is filled with beautiful churches, museums and palaces. You can say that there is something for everyone 🙂 .