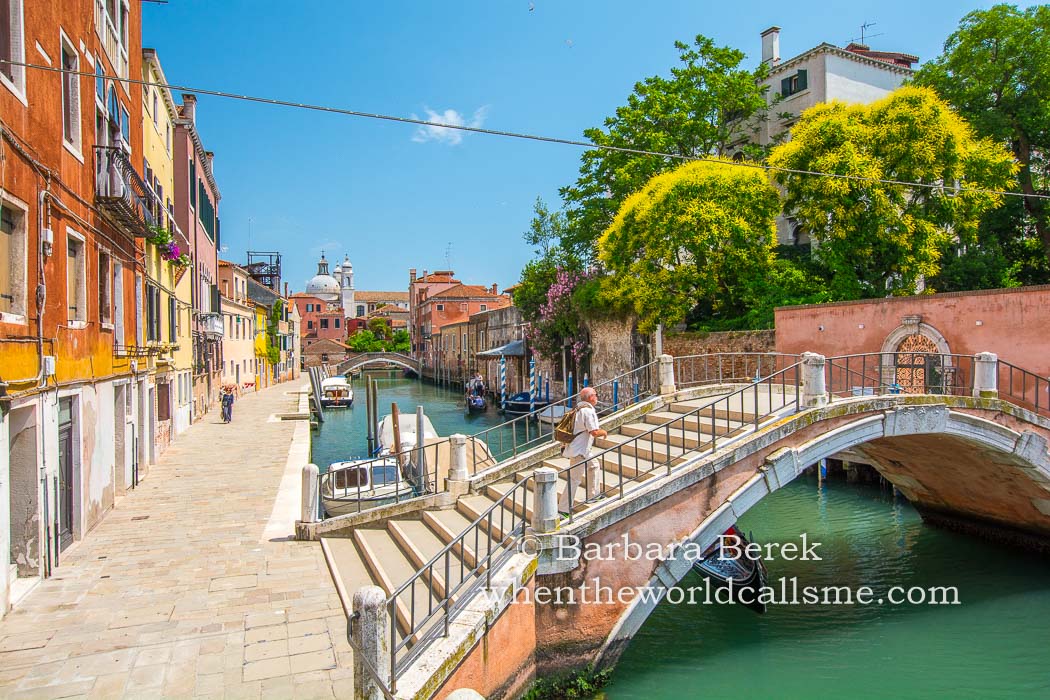 Dorsoduro is a quiet district with shady squares, picturesque canals and beautiful mansions. In terms of views of the lagoon it is the best place in Venice. From the quay next to the church of Santa Maria della Salute you can admire the Doge’s Palace or the Saint Mark’s Campanile towering over the city. An equally captivating view stretches from Fondamenta Zattere towards Giudecca Island.

Not far from Campo Santa Margherita, there is Ponte dei Pugni, “Bridge of fists”. The name comes from battles, fists fights, which traditionally took place on bridges. Because at that time the bridges had no parapets, all the combatants were striking their adversaries and pushing them into the canal. In 1574, the authorities, attempting to reduce violence in the battles, banned the use of weapons. This, however, proved to be insufficient and the battles were abolished in 1705.