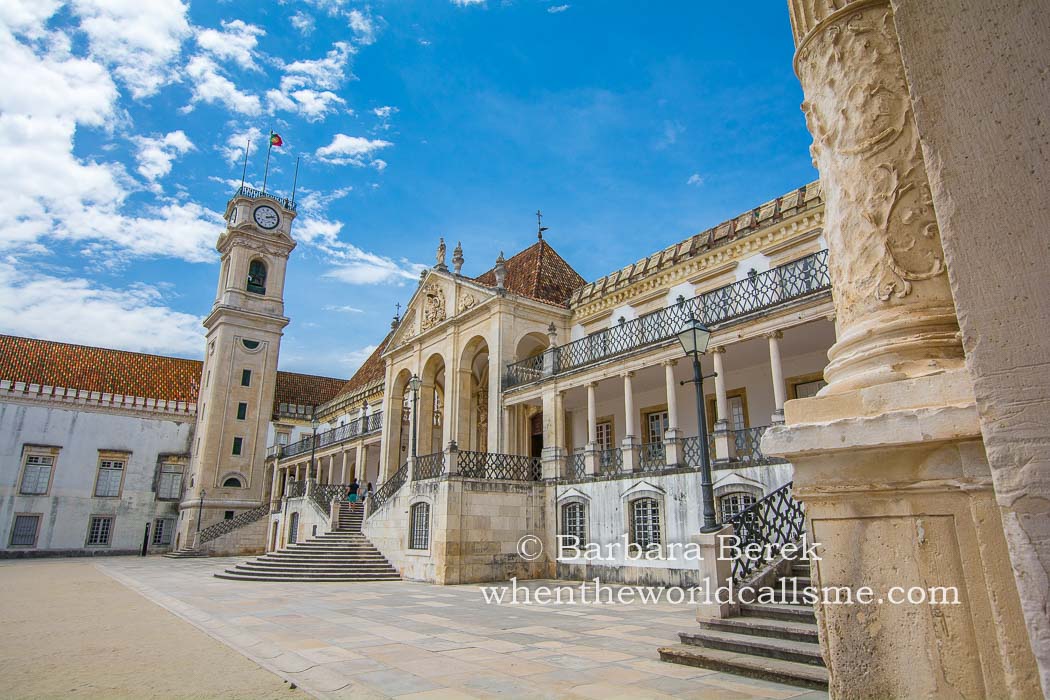 Aeminium during the Roman Empire

Coimbra, today one of the largest cities in Portugal, is associated as a medieval capital and, above all, the seat of the oldest university in the country. However, the history of the city goes back even further.

At that time, Aeminium was under the administration of nearby Conímbriga, one of the largest Roman cities discovered in the area of modern Portugal. Between 569 and 589 AD Conímbriga was invaded and plundered by the Visigoths, which led to its fall. It was then that Aeminium became the seat of the diocese, replacing Conímbriga, and even adopting its name, which later evolved and functioned as Colimbria.

The city also developed thanks to its position on the route connecting large Roman cities, Bracara Augusta (today’s Braga), which was the capital of the Hispania Gallaecia province, with Olisipo, which is today’s Lisbon.

The cryptoporticus which has survived to our times, comes from the Roman period of Coimbra’s history. It formed the basis (leveling the terrain) for the Roman forum and was also used to store food.

Muslim invasion of the Iberian Peninsula

The Visigoths ruled Colimbria until the Muslim invasion. During the first invasion of the Iberian Peninsula in 711-715, the city fell into the hands of Musa ibn Nusajr, the Arab governor of North Africa. Over the following centuries, Christian reconquests and subsequent Muslim invasions alternated.

The territory of Coimbra was finally regained in 1064 by Portuguese and Spanish Christians under the command of King Ferdinand I the Great (King of Castile and Leon).

In the 12th century, the city began to develop again. In 1132, for example, the ancient Roman bridge was rebuilt, fountains and cobbled Roman roads were restored. The construction of the Old Cathedral was also started. Already in the Middle Ages, the city was divided into the upper part, inhabited by the aristocracy and clergy, and the lower part for trade and crafts.

Coimbra – the medieval capital of Portugal

In 1139, Alfonso I the Conqueror, the first king of Portugal, decided to move the Portuguese capital to the south while placing it at a safe distance from the Moors still present in the south of the Iberian Peninsula. His choice fell on Coimbra. It remained the capital until 1385, when King Alfonso III moved the capital to the reconquested Lisbon.

University of Coimbra – the oldest university in Portugal

In 1290, King Denis I founded a university in Lisbon, the seat of which was transferred several times between Lisbon and Coimbra starting from 1306. However, in 1537 it was finally placed in the Royal Palace in Coimbra.

Today’s Coimbra is a place endowed with great sentiment by the Portuguese. Narrow, steep streets and stairs leading from the Lower Town add lots of charm to its medieval character. 🙂 The oldest university in Portugal continues to attract students and gives the city a bit of youthful vigor. Unfortunately, even the Upper Town is filled to the brim with cars.