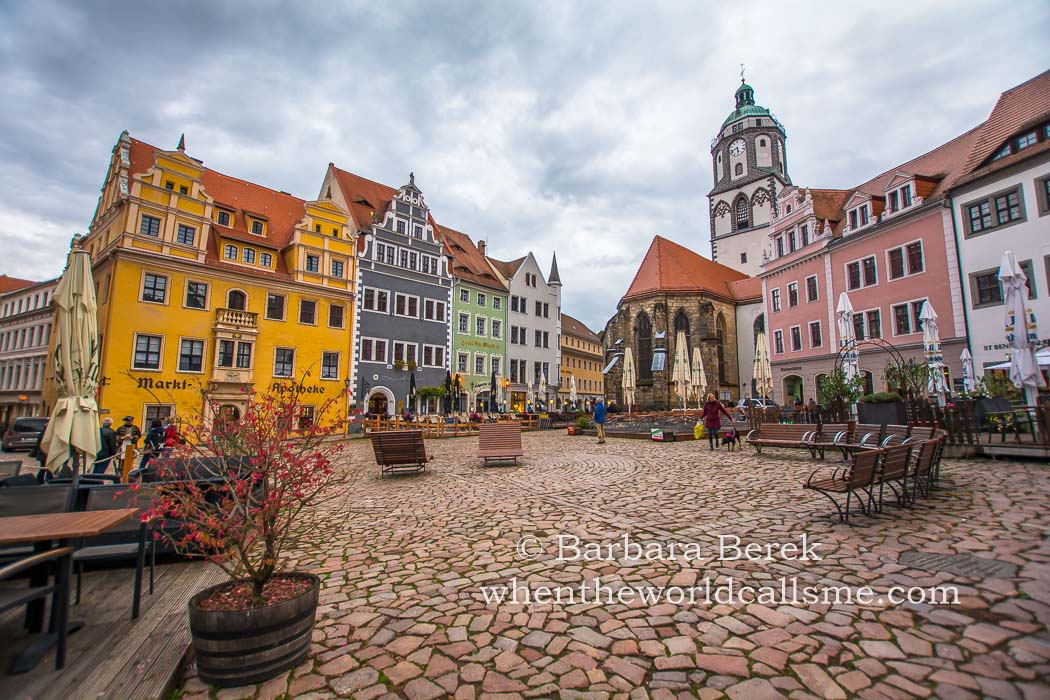 Meissen, sometimes called the “cradle of Saxony“, grew in the western Slavic regions. Today, associated mainly with porcelain, it delights with its colorful old town. The 12th century Market Square is decorated with numerous renaissance and baroque tenement houses, as well as a really large late-gothic town hall. 🙂

East Francia or the Kingdom of the East Franks

After the death of the last member of the East Frankish line of Carolingians, in 911, the German tribes elected Conrad I as king. His reign, however, lasted only a few years. Conrad I, in order to prevent the kingdom from disintegrating into tribal states, on his deathbed decided to choose as his successor the most powerful of his opponents, Henry, the Duke of Saxony from the Liudolfings family (the Ottonian dynasty). Thus, in 919, Henry became King of Germany as Henry I.

Conquests of Henry I the Fowler

Henry I, called Henry the Fowler, initially recognized only by the magnates of Saxony and Franconia, and later also by the Duke of Swabia, in 921 subjugated the ruler of Bavaria, and in 925 joined Lorraine.

Military activities of Henry the Fowler led in 929 to the conquest of Bohemia, and in 928-932 also lands belonging to various Slavic tribes. In the winter of 928 he seized Brandenburg, the capital of the Slavic Hevelli tribes. Soon after he invaded the Glomacze lands on the middle Elbe river, conquered also their capital after a siege and built his new fortress (the later Albrechtsburg). Obviously all the conquered lands were forced to pay tribute to the new ruler.

In the newly conquered area of the Slavic tribe of Glomacze, namely on the already existing settlement of Miśnia, Henry I founded the German city of Meissen around 929.

As a result of the division of the Eastern March in 965, Emperor Otto I established the Margravate of Meissen with the capital in Meissen in the territories of the Polabian Serbs. In 968, the diocese was also established. In 1002, the king of Poland, Bolesław I the Brave, briefly annexed the town to Poland.

The Albrechtsburg Castle towers high on the cliff above the Elbe, known today simply as the castle hill. In the Middle Ages, it was the perfect place to control the shipping on the Elbe. The castle in this place was founded by Henry I in 929 (as I mentioned before). At its foot there was a settlement (inhabited mainly by Slavs), from which the city of Meissen grew.

In 1423, the Margraves of Meissen of the Wettin dynasty received the title of prince, and the Margravate of Meissen was elevated to the rank of the Electorate of Saxony. In 1464, the electoral capital was moved to Dresden.

Photographs of Meissen and Albrechtsburg Castle