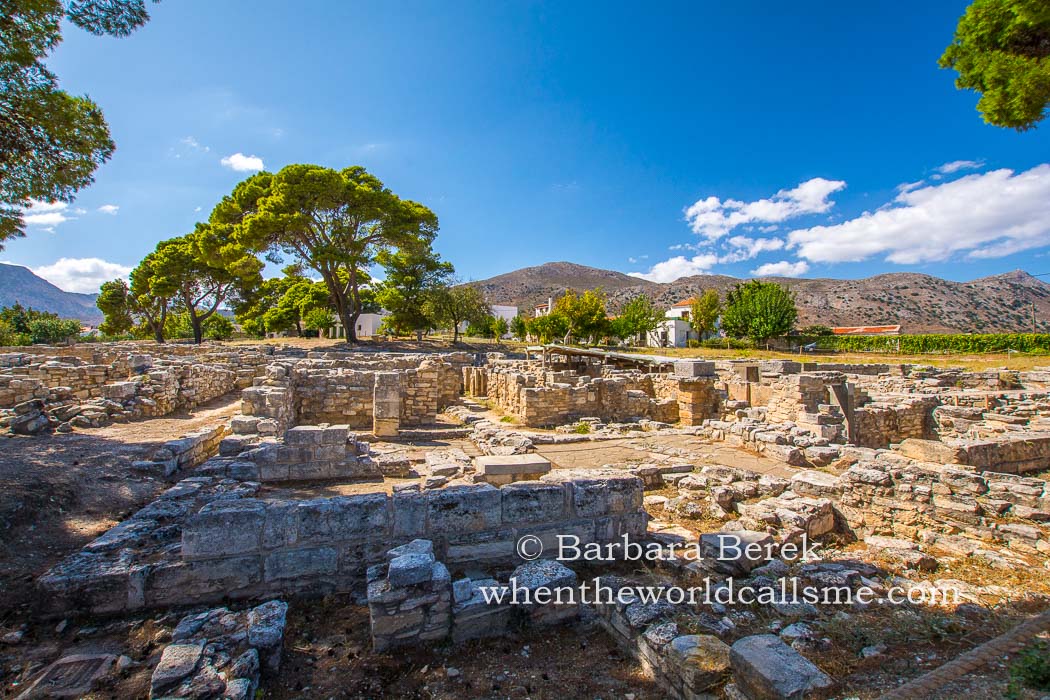 Tylissos is one of the few Cretan settlements which have kept their pre-Hellenic names. It flourished from the Minoan times to the Venetian period. The continuous habitation resulted mainly from its geographical location in a fertile upland valley with water resources and road crossings that connect the northern coastline. Historians such as Pliny (1st c. AD) and Solin (3rd c. AD) refer to Tylissos as one of the most important cities of Crete, along with Knossos, Gortys and Cydonia.

The central part of the Minoan city, comprising household, funerary and religious sites, lies beneath the modern village. Current excavations show the remains of buildings from the Neopalatial period (1750-1450 BC), and later fragments, e.g. the round water Cistern (1400-1200 BC).

One thought on “Tylissos”